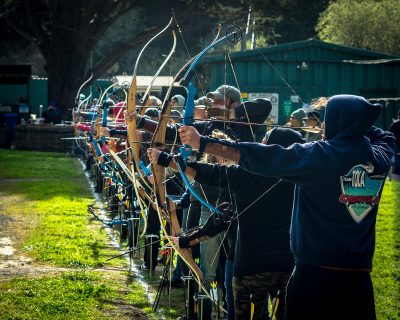 Founded in 1946, San Francisco Archers is a non-profit volunteer-run archery club. We provide the Bay Area with one of the largest and most diverse archery ranges available. Our ranges are open to both the public and our general membership.

Our archery club boasts a membership roster of 300+ people, many including families.  SFA relies heavily on our loyal volunteer members who volunteer their time and energy to maintain the property and host our events. Our members work year-round to maintain our range through range maintenance days, teach our community programs, work our yearly archery tournaments, etc. They elect a board of 15 officers, who are also members, to run the daily activities necessary to run a club, such as identifying maintenance needs, collecting dues, publishing our newsletter, paying bills, maintaining our website, etc.

If you’d like to learn more about joining the club and our membership requirements, please read our Membership Page.

Our primary charter is to foster, expand, promote, and perpetuate Archery….

History of the SFA Range and Sharp Park 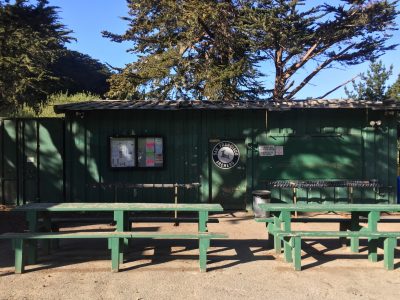 Originally known as the San Francisco Archers Club, the first meeting was held at 50 Oak Street in San Francisco. Secretary Treasurer, Dick Hurst, opened the meeting with a talk about the past history of the Club and plans for the future. He said that 170 notices had been sent out to all known S.F. archers. Two committees were set up, one to find a suitable indoor range and the other to find a suitable outdoor range. The first issue of The Arrow was published and continues on today more than 67 years later.

In 1849, George Sharp, at the age of 22, arrived in San Francisco from New York  by ship around the Horn. He originally owned the land now occupied by the golf course. Mr. Sharp was a wealthy lawyer. He spent much of his life living in some of the best hotels in 19th century San Francisco. In October 1882, George Sharp died while in court. Mr. Sharp’s wife lived until February 8, 1905. Her handwritten will directed that most of her property be turned over to her attorney, Reuben Lloyd, and to Adolph Spreckels; both were millionaires and were both San Francisco Park Commissioners.

Some of Honora Sharp’s cousins contested the will and shortly thereafter, some of the San Francisco properties belonging to the estate were destroyed by fire in the great earthquake of 1906. In those pre-WW1 years, the 410 acre ranch on the remote San Mateo County Coast was valued at about $8,000. In 1916, for $10 in gold, Adolph Spreckels turned over his share of the estate to the city of San Francisco and the county. At this time John McLaren, of Golden Gate Park, began planting trees on the property. Eventually Reuben Lloyd died and his share of the estate went to the executor, Samuel Murphey. Mr. Murphey turned over his share in the summer of 1917.

The Property, now known as Sharp Park, was stipulated to be used for park and recreational purposes only. If this agreement is ever breached, then the property will revert to the State of California, and if the state breaches the agreement, then it reverts to Mr. Murphey’s heirs.